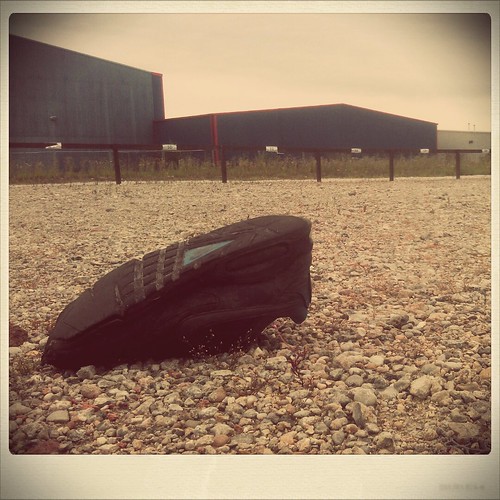 Factory trainer
He ran like the wind was behind him, across the fields, across the underpass.... His first day at work. The job his dad scripted for him with his scary friend Ray. Ray with the bones tattooed on his neck. Nineteen years old. Out of school for three years. Meagre passes in his exams then the years of unemployment playing video games in his bedroom. Get a job his mum said. Took three years and his dad to show up again. Now he's late. He at the industrial estate and now he's got no idea how to get into the bloody place. There it is. He can see the sign but no way around. He's due to start at 9am. It's 8:57. It could take another fifteen minutes to walk around these bloody fences... Easier to climb. Climb the fence, across the courtyard. In on time. Working man. To him it felt like an hour, but it was just under ten minutes. Ten minutes of screaming before someone heard him. Wasn't even anyone in the factory. They probably couldn't hear his pitiful cries above the noise of the machines. Some old guy in a flat cap walking a dog found him. A veteran of a forgotten war no doubt, someone who would investigate sounds of peril rather than walk hurriedly away. Workers came out of the factory alright, bit only after they heard the sirens of the emergency services. And they stood and watched amused while the rescue team carefully untangled him from the rails and barbed wire at the top of the fence. His injuries were, for the most, superficial, more shock than anything, but that was that. He got a job at the supermarket the following year, but he was never the same. That cruel laughter. And his dad seemed so disappointed. He didn't come around much after that. 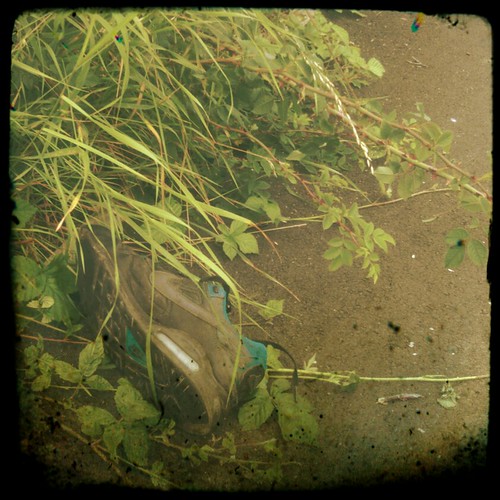 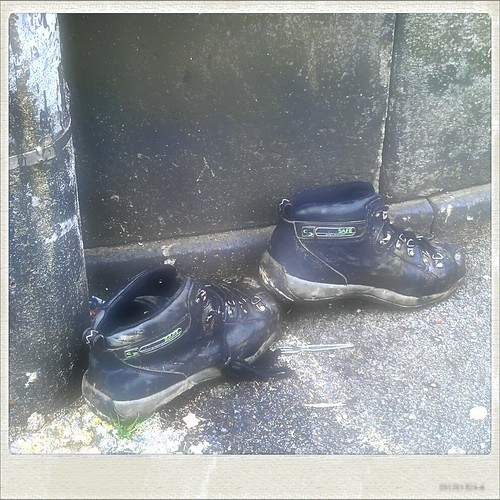 The Office Worker
4am and Dougie finally left. He'd arrived at Ten. Three hours later than advised. Sans Marie. He'd only been invited out of politeness. Marie was the real guest. She said she'd pop round after work for a few beers and a gaming session. He'd hoped that it would evolve into something more intimate. It didn't. Not with Dougie. Never with Dougie. By ten he had already cracked open a few cans. So had Dougie obviously. They played a bit of Goldeneye on the old N64 for about two hours and slagged each other playfully. Then the controllers went down because Dougie had spent five minutes running into walls. Dougie had probably planned on staying the night. That wasn't happening. There was work in morning. Work. Shit. He had to go into the office. Working from home, yeah he could have a few late nights, but the trek across town to the office. Bloody meeting. Big boss was in. Probably announcing redundancies. Shit on that. Eventually he had to call Dougie a taxi. Driver initially wasn't going to take him but he convinced him he was fine for a trip a few streets away. Sleeping after that was a nightmare. Took another hour to get down and he dreamt about Marie. Marie drunk with no teeth and Dougie's build. Woke fifteen minutes before he was due in the office and had to grab his bag and throw on a shirt before running out to catch the bus. He had planned to walk but he didn't have time. It was on the bus he remembered he hadn't shaved or brushed his teeth. Not good. The big boss was a judgemental man that thought the ground staff parasites. Looking like Phil Mitchell on a bad day won't change that. Then he realised he was wearing his work boots. They weren't meeting-with-the-boss boots. They weren't even clean. Permanently stained by the rigours of day to day work and casual neglect. They were the real him. He got off a stop early and ran to the 24 supermarket down the street from the office. They sold shoes. They sold everything. He got a pair of cheap sensible shoes a size too big for the price of a cinema ticket. In the alley beside the old bank he took the out to put them on. They were black and shiny. Didn't go with his cords. The ones he now realised had caked mud on the ankle and what may have been dried tomato sauce on the knee. Had he worn them last night? He feared so. They had been on the floor this morning, but then so was most of his wardrobe. His old work boots were done. He left them behind in the alley and shuffled off to the office. He had a good impression to make.